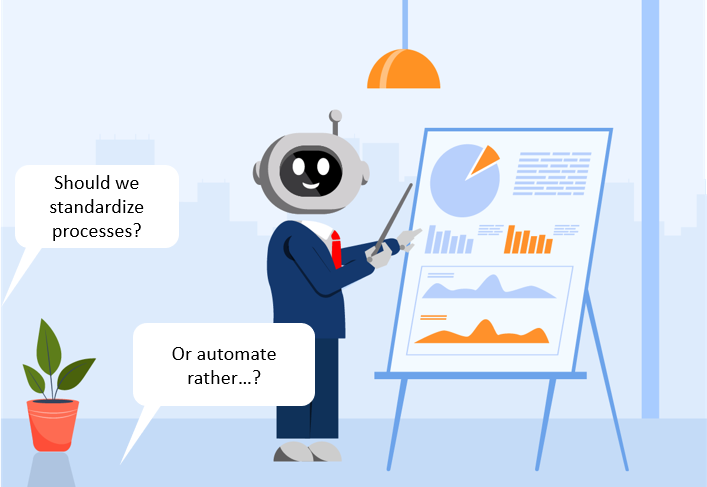 To standardise or to automate – that is the question. Not only did the great classics like Shakespeare ask themselves and the world important questions. Sometimes I like to sit on our company balcony and think about the different aspects of automation and other things. As it turns out, our small balcony is loved by all XELTO DIGITAL employees. Watching the sunset, we started a rather interesting polemic with Monika:

With the Expert’s eye:

Each business is constantly changing. The way in which a company deals with changes when labour costs are increasing, when customer demands are growing, when fears arise concerning the effectiveness of the existing solutions, or when competing with competitors. Being aware that changes are expensive, we look for the areas where the process of changing will allow the goal to be achieved in as short a time as possible and at the lowest possible cost.

What to start with then?

Certainly, with naming the points that slow down the processes, the elements that generate most errors or consume large amounts of time bringing poor results across the company. In every business, processes can be found that are obsolete, involve old technology and are largely based on, unfortunately, human fallibility. This is particularly evident in large companies, which have many branches and where a process defined at a specific time and place (which has, actually, been very useful for a long time) begins to act up. It slowly becomes inconsistent or is conducted differently depending on the conditions under which it is triggered. Operating conditions often play a role in unintended process modifications and cause its original definition to disappear below the layers of interpretations and exceptions. (These conditions may include business units located in different countries, with different working cultures or different customs.) Any advice? The first and, for some time, the only solution was to look at every event in the same way whenever it appeared or whenever a specific type of work occurred and make an attempt to standardise it.

Standardisation meant that all known steps were unified until consistent processes were achieved. Needless to say, the operation of recognising and evaluating various tasks and events itself has always been time consuming, and it entails measurable costs. If we now add the time required for another effort, i.e. automation, the moment when the expected changes are achieved is postponed.

Therefore, the question has to be raised: what is the real purpose of this operation?

Do we want to have standardised processes (ready to be automated) that run uniformly across all areas of the company, or it is about saving labour costs and unlocking the potential of people? If we think of standardisation itself, we can forget about savings.

So, rather than comprehensive standardisation prior to automation, let’s focus on standardisation THROUGH automation. The selection and identification of processes that need to be changed is a prerequisite for this. Let’s replace the time we would spend on, to say colloquially, straightening crippled processes with putting effort put into analysing the areas where process automation will be the best solution.

The most important goal of automation should always be the willingness to relieve your employees of the burden of laborious and monotonous tasks to finally enable them to develop themselves. There is an interesting observation: from the employee perspective, standardisation does not change much, unlike automation. Given the expectations they have with regard to both processes, the employees are much more actively interested in the introduction of automation, because there is the opportunity to turn the laborious tasks over to a robot at the end of this process. By getting rid of repetitive and frustrating activities, they simply get back to commitment, often lost a long time ago.

To recapitulate, without sacrificing it, standardisation can be modelled to be part of automation, not an end in itself. And what is equally important, attention should be focused on the potential of employees. According to observations, the employee’s potential increases in proportion to the delegation of tasks to robots.

Source: Should You Automate Your Processes “As-Is” or Standardize First? 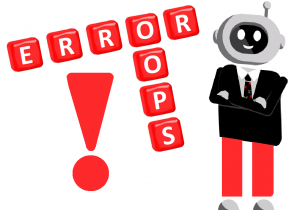 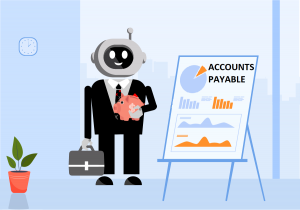 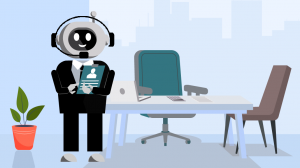 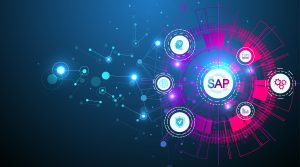 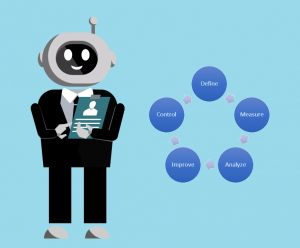 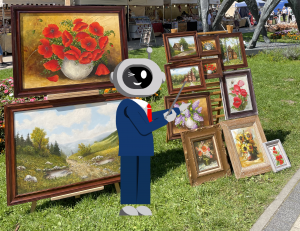